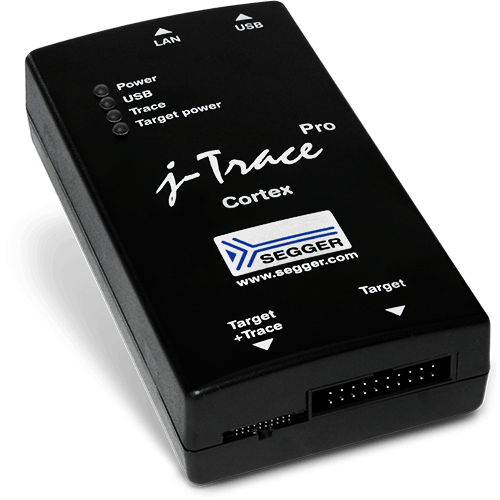 J-Trace PRO is an advanced debug probe that supports the advanced tracing features of Arm Cortex cores. It captures complete instruction traces over long periods of time which enables the recording of infrequent, hard-to-reproduce bugs. This is helpful when the program flow “runs off the rails” and stops in a fault state.

J-Trace PRO offers the best possible trace experience. This is thanks to our toolchain-independent debug software, Ozone, which has an extensive example project library (which includes most popular target devices). 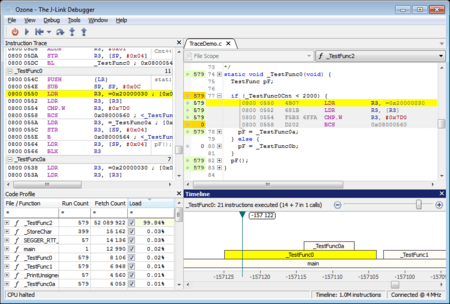 Another powerful feature is Real-Time Profiling: this makes visible which instructions have been executed and how often. Users can address application run time hotspots and identify opportunities to optimize them. These profiles can later be exported using a tool like the Ozone debugger for documentation and analysis purposes.

Through Real-Time Code Coverage, engineers gain fully accurate information about instruction execution on a target application. Engineers can see which parts of the application code have been executed. 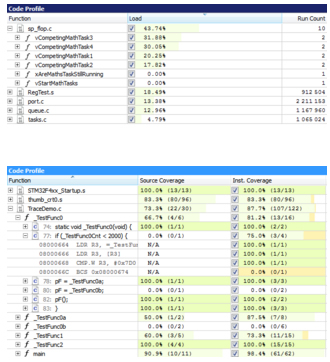 It doesn’t end there. J-Trace PRO offers cross-platform support for Windows, macOS and Linux making it very versatile. This is also reflected in its support for most popular IDEs. The free, stand-alone debugger Ozone can be used for any toolchain to enable tracing. And for quick, easy first steps there are Trace Reference Boards (see below).

Getting started (easily) with J-Trace PRO

J-Trace PRO is designed to work out-of-the-box with most trace-capable target devices. There is an extensive, regularly-updated list of tested target devices with the latest target device releases. In all other cases J-Trace PRO offers additional features that can make any trace setup possible. It has never been easier to get a trace up and running.

Please note: The J-Trace tutorial can be found here.

Hardware features like Ethernet interface, USB full- / superspeed interface, etc. are features specific to J-Trace models. These cannot be updated or changed by software updates. Want more information? Be sure to take a look at our J-Trace Pro model overview.