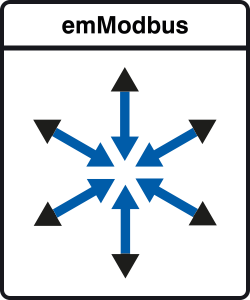 Modbus was specifically designed to be used in supervisory control and data acquisition systems, connecting a supervisory computer with several remote terminal units (RTU). It therefore uses a master-slave-technique in which one device, the master, initiates transactions (called queries).

Other devices, slaves respond by performing the action requested in the query and/or by supplying the requested data to the master. 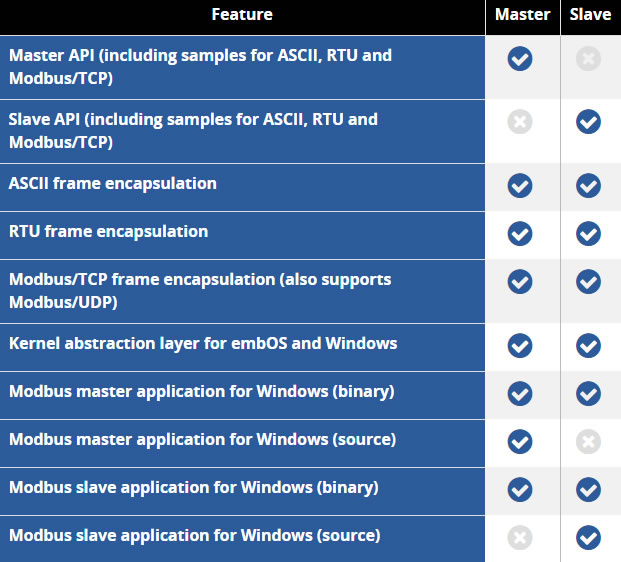 For usage of Modbus/TCP, emModbus requires a TCP/IP capable stack. emModbus can be used with any TCP/IP stack that supports BSD Standard Sockets.

Although emModbus can be used completely without a RTOS, it is recommended to use emModbus in a multi tasking system, at least when implementing a Modbus master.

• Easy to integrate
• Low memory footprint
• ANSI-C code is completely portable and runs on any target
• Follows the SEGGER coding standards: Efficient and compact, yet easy to read, understand, and debug
• Supports ASCII, RTU and Modbus/TCP (and UDP) protocol
• Sample applications for all protocols included
• Kernel abstraction layer: can be used with or without any RTOS
• Works out-of-the-box with embOS
• Modbus/TCP can be used with standard socket interface and any TCP/IP stack
• Works out-of-the-box with embOS/IP
• Project for executable on PC for Microsoft Visual Studio available