With the CAN-IB600/PCIe HMS offers a CAN FD interface based on a modern and highly modular architecture concept. The interface is available with up to two CAN channels. Each CAN channel can send and receive either CAN FD or CAN 2.0A/B messages. Using the optional expansion modules, the entire range of fieldbuses can be covered with one card – from CAN-FD (ISO as well as non-ISO format), CAN (ISO 11898-2), fault tolerant CAN (ISO 11898-3) to LIN.

The CAN-IB600/PCIe is an active interface which fulfills even high reqirements in data pre-processing, like intelligent data handling and active filtering of the received and transmitted messages.

If required, the number of CAN channels can be increased by using multiple CAN interfaces in one PC.

The board is supported by the IXXAT driver packages and higher layer protocol APIs as well as by the IXXAT tool suite. 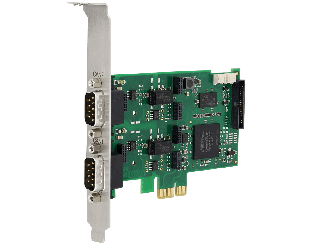 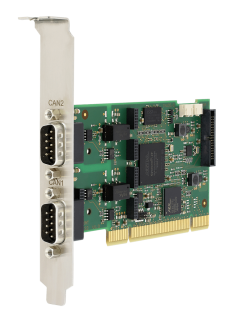