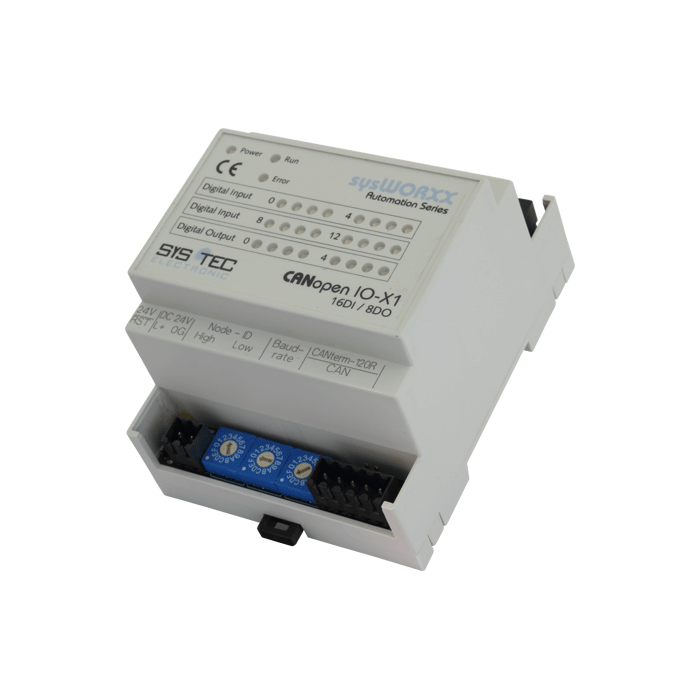 The CANopen IO-X1 is a very compact and cost effective CANopen IO module featuring a high-density of industrial proven I/O's. The module includes a CPU-core including the pre-programmed firmware for CANopen communication and peripherals for the industrial inputs and outputs. Extensive diagnostic routines are implemented to ensure a most reliable and safe operation. All inputs and outputs as well as configuration parameters are accessible via the CANopen protocol. The CANopen IO-X1 is a CANopen slave device according CANopen device profile CiA 401 V2.1 and CANopen communication profile CiA 301 V4.02. Two LED indicate the device state according to CiA 303-3 V1.0.

•Non-volatile memory for storage of configuration data
•Internal monitoring and diagnostics of: onboard temperature, power supply, memory and other controller internals
•Emergency Messages sent out in case of failure